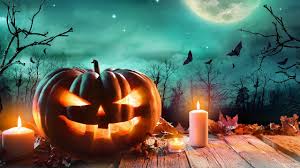 We love Halloween here at Scorpius Towers (any excuse for dressing up and eating tonnes of sweets!). Our pumpkins are carved, the candles are ready, the webs and spiders are all over the doors. But Halloween is not just about dressing up and braving the cold in search of sweeties… it’s a holiday steeped in folklore and customs. From carving pumpkins to trick or treating, each ghoulish tradition has its own fascinating tale…

Fact 1: The Origins of Halloween

Although it became popular in America in the early 1900s, Halloween dates back almost 2,000 years, when it marked the Celtic New Year. Originally known as Samhain, or “summer’s end” in Gaelic, many Halloween customs and traditions have roots in pagan beliefs and Irish folklore. These customs became popular in America when many Irish fled their country to escape the potato famine of 1846. 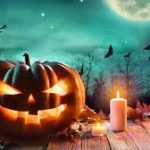 The meaning behind Jack o’ Lanterns is a rather tragic tale. As the story goes, a drunken farmer named Stingy Jack was turned away from both heaven and hell. As Jack wandered the darkness of purgatory, he made a lantern out of a carved turnip and a lump of coal to help light the way and guide his lost soul.

The Celtics believed that placing Jack o’ Lanterns made from turnips outside helped guide lost souls home as they wandered the streets during Samhain. The scary, carved faced on each also served to scare evil spirits away.

When the potato famine forced many families to flee to America they began using pumpkins as a substitute since they were much easier to come by.

Since Samhain marked the end of the old year and the beginning of the new one, the Celtics believed the past and the present were closely linked during this time, allowing the lines between the living and dead to be blurred and the spirits of the deceased to mingle with the living.

They believed that visiting ghosts would disguise themselves in human form and knock on doors asking for money or food. If they were turned away empty-handed, the homeowner risked angering the spirit and being cursed or haunted.

Another Celtic myth was that dressing up as a ghoul or ghost would fool any evil spirits so that they would not try to take their soul.

The word “bonfire” is derived from the words bone and fire and means “fire of bones”, referring to the huge sacred fires Druids (Celtic priests) would build to commemorate Samhain.

During this time, the pagans would extinguish their hearth fires and gather around the sacred fire to burn crops and animals bones as sacrifices to the gods. Personal and symbolic items were also burned as offerings for relief from sickness or bad luck in the coming year.

When the celebration was over, the pagans would use the embers of the sacred bonfire to re-light their own hearths as a way to protect them from the coming winter.

Additionally, the sacred bonfires were thought to scare away any evil spirits visiting. People would stay close to the fires wearing costumes of animal heads and skins to disguise themselves.

Celtic folklore traces witches at Halloween back to the pagan goddess known as “the crone” (also “the old one” or “Earth mother”), who was honored during Samhain, as she symbolized wisdom and the changing of the season.

The Celtics believed that when someone died, his or her soul went to the crone’s cauldron, known as the Earth mother’s womb, to await reincarnation. The crone stirred the cauldron to allow new spirits in and old spirits to be reborn.

Witches also became known as “evil” by the Christian faith, who believed these women were receiving their knowledge and power from something other than God. Accusing women of witchcraft was used as a way to keep them from threatening male supremacy. Witches in Christian folklore were ugly because evil was ugly, and typical symbols of witchcraft (brooms, cauldrons, and cats) were associated with the home and women’s work. 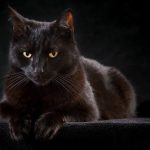 The black cat’s bad reputation dates back to the Dark Ages, when elderly single women were often accused of witchcraft and their pet cats were thought to be a witch’s familiar, or demonic animals that had been given to them by the devil.

These old women were also usually poor and therefore could not afford horses for traveling. They walked the woods by foot with the help of a stick or, sometimes, a broom.

Bats and spiders were also thought to be witches’ and ghosts’ familiars. Folklore claims that if a bat was seen flying around a house three times, someone inside was going to die. And if a bat flew into your house on Halloween, it meant that a ghost had been let it in and the house was haunted.

As the story goes, too, if a spider falls into a candle-lit lamp and is consumed by the flame, a witch is nearby!

These colors were used by the pagans as they celebrated the harvest. Orange symbolized the vibrant colors of their crops, while black stood for the death of summer. 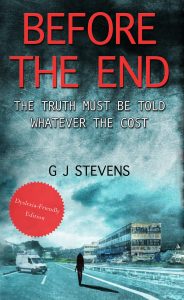